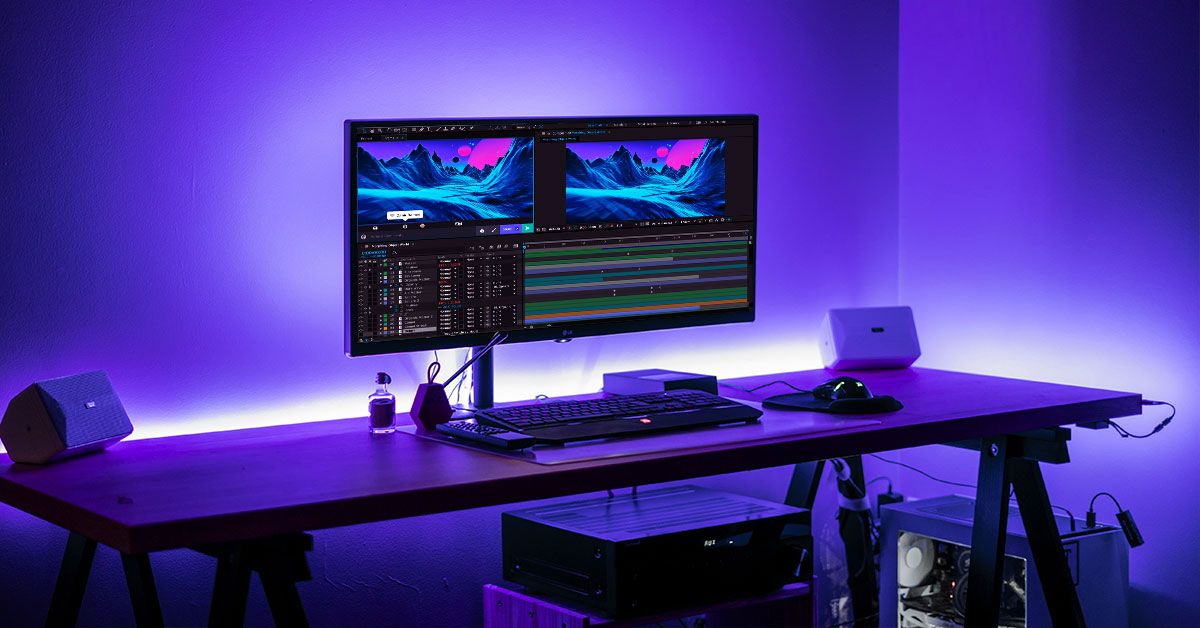 Adobe After Effects is a software to create motion graphics and special effects that are used in video, content that is presented on the internet and presentations. It is available in both Mac OS operating system and computers that have Windows. This application is mostly used for post production on television, creation of special effects and animation. After Effects is part of the Adobe Creative cloud.

We are talking about the industry’s standard creative software for visual effects and motion graphics, After Effects Creative Cloud. It is part of the subscription based on Adobe Creative Suite and has a great advantage: it is continuously updated for its users. This collaboration also makes it easier to use Adobe applications when needed. CC also allows the synchronization of the configuration to be used anywhere in the world, regardless of whether it is on a different computer.

On the other hand, although the program can be stored locally, the subscription must be active to receive the updates and have all its functions. Subscriptions can be canceled at any time

How does After Effects help you?

There are many things in which Adobe Effects can help you. It is a technical and creative program in which you can compose, create and stylize 2D file material is a 3D space. Depending on what your occupations are, the skills of the program may vary. You can design titles, create 2D animated characters, and more. But although you can do all these things, it is not the same as a video editing software. The best use that can be given to this program is to put effects once the video material was previously edited.

The story of After Effects

Originally, Adobe After Effects came from the Science and Art Company in Rhode Island in 1993. Here versions 1.0 and 1.1 were made. Back then, it was only available for Mac OS computers and its capabilities were limited, but it did include layering with mask, effect, transformations and keyframes.

The next version of After Effects was 2.0 in 1994 by Aldus Corporation that added motion blur, rendered on several machines and a Time Layout window. Later versions 2.0.1, 3.0 and 3.1 were released in 1995 and 1996. Adobe acquired Aldus in July 1993 and the first version already with Adobe started with 3.0.

In May 1997 with version 3.1, the first version for Windows was made along with translations into French and German. In November of that same year, the animated GIF and the route text effect were released to users for free.

Version 4.0 was delivered in January 1999, to which were added a series of improvements that included audio and transformed effects, tabbed windows, particle play area, adjustment layers, rules and guides, Premier import, compatibility with Illustrator layers and label colors in the timeline. Also here was carried out the first launch of both Mac and Windows.

Version 3.1 was followed by 41., 5.0, 5.5, 6.0 and 7.0, but it was not until version 8.0 in July 2007 when CS3 was introduced that it added full-color administration and the first version of Universal Mac Binary Intel that It was released in February 2008 and was the latest version of PowerPC Mac.

The first version of CC was introduced in June 2013, added the cinema 4D Lite and Cinewar3e integration, Reffine Soft Matte, layer adjustment and Warp Stabilizer VFX. Additional updates in October and December 2013, added support for OS 10.9 and Retina, the property link, the mask tracker, the automatic creation of folders for sequence of images and other quality improvements.

Finally, the update of CC2017 allowed the teams to save projects locally. For the second update of April 2017 Lumetri Scopes was added, camera movement deblur and multiple GPU optimizations.